It was September 1978 and 21-year-old East Perth footballer Phil Kelly arrived for the Sandover Medal presentation. He had received only six Sandover votes across his first three seasons of league football, came second in the East Perth best and fairest, and didn’t feature in any of the major media awards for the year. Yet he finished the evening with 26 votes, the Sandover Medal plus a cheque for $20,000 from Channel 7. The ATO view was the $20,000 was taxable, whilst Phil argued the amount was a tax-free gift. With the 2021 Sandover Medal on this evening, we look back on this seminal decision in taxation law.

Busselton – Early Days
Phil played his early football in “the country town of” Busselton, with Busselton having a population of 6,000 when Phil moved to Perth in 1975 (Busselton was generously upgraded to being a “city” in 2021). The idea was for Phil to study Physical Education at the University of Western Australia and, as young lads do, turned up to the pre-season training at the UWA football club. Phil’s talent was quickly spotted, being approached to train with the East Perth WAFL club. Phil accepted, playing the last ten games of 1975 plus all the 1976 and 1977 seasons.

University
By 1977 Phil had trodden the time-honored path of having failed some university exams and had come to the realisation that it was time to cut back on other commitments and take his study seriously. He sent a letter addressed to East Perth on Valentine’s Day 1978 advising he wouldn’t be playing for the club that season. At around the same time the legendary Barry Cable had been appointed as captain/coach of East Perth and wasn’t about to take no for an answer. The parties got together and Phil agreed to lace up the boots once again in 1978, on the condition that study took precedence.

Football did have some benefits, with Phil being paid $150 per match on an old fashion handshake deal. Barry also arranged for Phil to sign a $4,000 contract committing to play for North Melbourne should he ever play in the Victorian Football League.

Phil’s position was simple. He was a semi-professional footballer at best, on modest $150 match payments, and committed to his study as first priority. Whilst he was aware of the $20,000 prize, he hadn’t specifically targeted the award, and nor did he think he had any real chance of winning. His football goal was winning the premiership, which East Perth actually did in 1978. He went along to the Sandover to enjoy an end-of-season function with teammates. The fact that someone read his name out as a winner of the Medal and the associated $20,000 was, in his view, a prize. In an era when the tax system was so basic that neither Fringe Benefits Tax nor Capital Gains Tax would be in place until nearly a decade later, surely an end-of-season award to a part-time footballer couldn’t be considered taxable?

Sandover Medal
The case then explores the Sandover in more detail. The award was created in 1921 at the instigation of Sir Albert Sandover, a prominent Perth hardware merchant. League umpire Mr D. Capes gave evidence that votes were cast by the Number 1 umpire on duty at each league game, with the votes being placed in sealed envelopes to be counted in front of the live audience on Medal night. Mr. Capes also gave evidence as to actions that might disqualify someone from the award, although bumping into umpires wasn’t mentioned.

The Channel 7 Finance Director then gave evidence as to how the monetary prize came about. Specifically, Channel 7 embarked on a strategy of engaging with viewers by sponsoring major events such as Telethon, Miss Australia Quest, and the Two Rocks Birdman Rally! The Sandover had been televised since 1963, with the hope being the addition of a $20,000 prize would greatly increase viewer interest.

Tax Considerations
The ATO included the $20,000 in Phil’s assessable income, with Phil appealing that decision to the Supreme Court of Western Australia. With the background as set out above, the Court examined the tax technical as follows.

Phil got off to an early win, successfully arguing that the $20,000 wasn’t payment for services rendered and hence couldn’t be considered “income from personal exertion”. The case then turned to whether the payment was taxable as being “incidental to his employment” as a footballer.

The Sandover is only available to those who played League football in Perth during that year. The prize was well recognized as a potential award, albeit one Phil gave himself little chance of winning. As such the court held it was, in fact, a payment incidental to his part-time employment with East Perth.

Overall, the Court held the payment was the product of his standard of play during the 1978 season and hence incidental to his employment with East Perth and taxable on that basis. The decision is influential as a tax precedent because it sets a “one-in all-in” rule, whereby once a person has crossed the Rubicon as a professional sportsperson, then all income generated from the sport is taxable.

Postscript
Phil was invited back to the Sandover in 1979, receiving a further 24 votes to win his second consecutive Medal. He received another $20,000 from Channel 7, which was taxable.

True to his word, Phil did take his study seriously and graduated from UWA at the end of 1978. However, there’s nothing on the public record as to whether he progressed with a teaching career. Phil moved to Victoria in 1981, playing five seasons with North Melbourne before recurring hamstring issues brought his career to a close.

His son Josh Kelly was selected by Greater Western Sydney (GWS) with the second selection in the 2013 draft. Last month Josh signed an eight-year contract extension with GWS in a deal reputed to be worth $8 million. In doing so he knocked back a six-year deal with North Melbourne, which would have continued the family history with that club. The deal Josh signed shows how far the game has moved in a generation, with $8 million workings out at a cool $19,230 per week over eight years. But we wonder whether Phil still tells the story of how, way back in 1978, he accidentally earned $20,000 in a week by taking out the Sandover!

Further Information
If your son or daughter wants to make $1 million per year kicking a footy, AusKick might be the place to start: ﻿https://play.afl/auskick

Should they require assistance dealing with the tax implications of their earnings, contact Sean Neary (Director – Neary Consulting) on (+618) 6165 4900 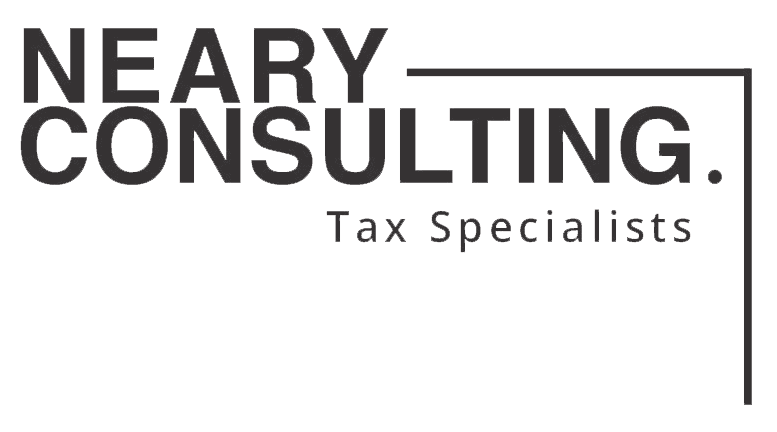 As of 1 January this year, 24 of the 35 LIBOR interest rate benchmarks or ‘settings’ are no longer published.What does this mean for groups...